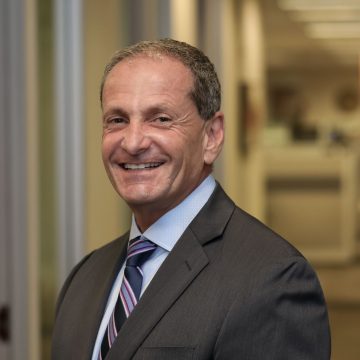 As President of ENGEO, Uri promotes technical excellence and extraordinary client service throughout the firm. Under his leadership, ENGEO has become the consultant of choice for master-planned, mixed-use development, large-scale earthwork, transportation, urban infill, waterfront development, industrial sites and military bases. Uri is a registered Geotechnical Engineer in California and a registered Civil Engineer in California and Nevada. He is a Founding Director of the California Association of Geologic Hazard Abatement Districts (GHADs) and is its current President.

Uri is a leading expert on entitlement and regulatory permitting processes. During his career, he has lent his expertise to a wide range of complex projects and has developed and fostered close relationships with a number of decision-making officials in many local, state, and federal jurisdictional agencies.  Although some of these past projects have included a range of contentious or controversial issues, he has consistently been able to deftly navigate potentially prohibitive technical and political constraints, resulting in timely, cost-effective delivery of projects.  Uri is a trusted advisor to a vast group of public and private clients and colleagues.

“I love many things about ENGEO, but it really is about the power of the individual in the context of the whole. We make it a priority to create a climate where talented people are empowered to achieve their full potential, where our people have the opportunity to grow every day, and where we continuously expand the horizons of ENGEO. This philosophy ultimately leads us to personal and collective success.”

A recipient of multiple awards, in 2009, Uri was selected Civil Engineer of the Year by the American Society of Civil Engineers; in 2008 he was voted Businessman of the Year by the San Ramon Chamber of Commerce; he was named Most Admired CEO of the Year in the Professional Services category by the San Francisco Business Times in 2010; in 2015 he received the Paul Harris Fellow Award from Rotary International; and in 2015 he was also inducted into the UC Berkeley Civil and Environmental Engineering (CEE) Academy of Distinguished Alumni. A long-time supporter of the Berkeley CEE Department, Uri established the ENGEO Fellowship in Geotechnical Engineering and consistently provides internship opportunities for CEE undergraduate students. He also serves on the CEE Advisory Council.