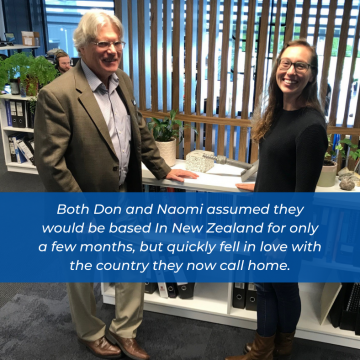 Two of these international experts got a lot more than they expected when they answered New Zealand’s call for help. Principal Engineer, Don Bruggers and Senior Engineer, Naomi Norris are both based in the Christchurch office, more than 8 years after first arriving from California. 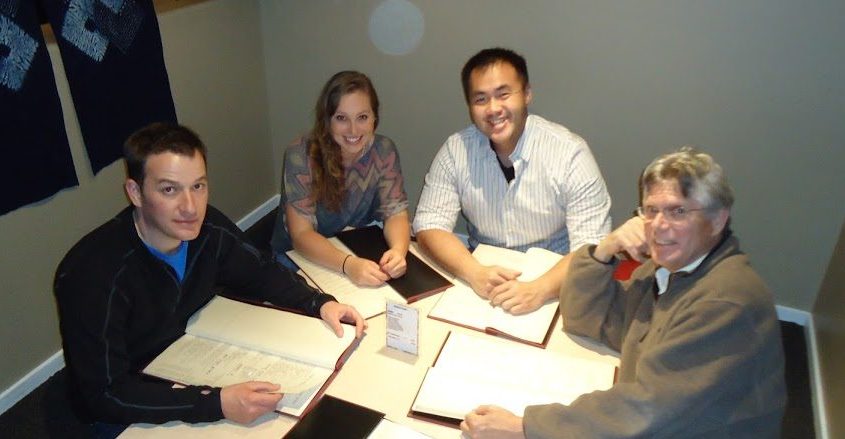 Both Don and Naomi assumed they would be based In New Zealand for only a few months but in a very short time fell in love with the country they now call home. Exciting work projects continued to grow, client relationships blossomed, and a formal working relationship between the US and New Zealand was agreed upon, allowing these two to extend their stay. It was not only working relationships that blossomed. Both Don and Naomi married Kiwis, with Naomi meeting her now husband Mike, a former ENGEO geologist, at work. This further solidified their ties to their new home in Aotearoa.

Don and Naomi have been critical members on key New Zealand projects. When Naomi first arrived, she immediately became involved with the earthquake recovery effort. She was based in the new “city office”. Post-earthquake chaos meant the “office” involved a handful of employees crammed together in Structex’s tearoom on Colombo Street. Naomi loved this somewhat unusual working environmental and her work on the Arrow/Southern Response Project was a great opportunity to travel around the city and meet many locals. Don’s favourite projects include historic projects such as the Peterborough Centre building, Victoria Mansions, and the Trinity Church in the CBD. He also enjoys being a part of the on-going 50 hectare residential development in Belfast. Don credits a number of commercial projects with advancing ENGEO’s capability in ground improvement.

Outside of work, both Don and Naomi have great memories from their early days in New Zealand. Don heard Queenstown was a must-see and made the most of the adventure capital bungee jumping and skydiving. Naomi remembers celebrating Saint Patrick’s Day in her apartment right next to the train station, travelling to nearby Fiji, and purchasing her first car the “green machine”. 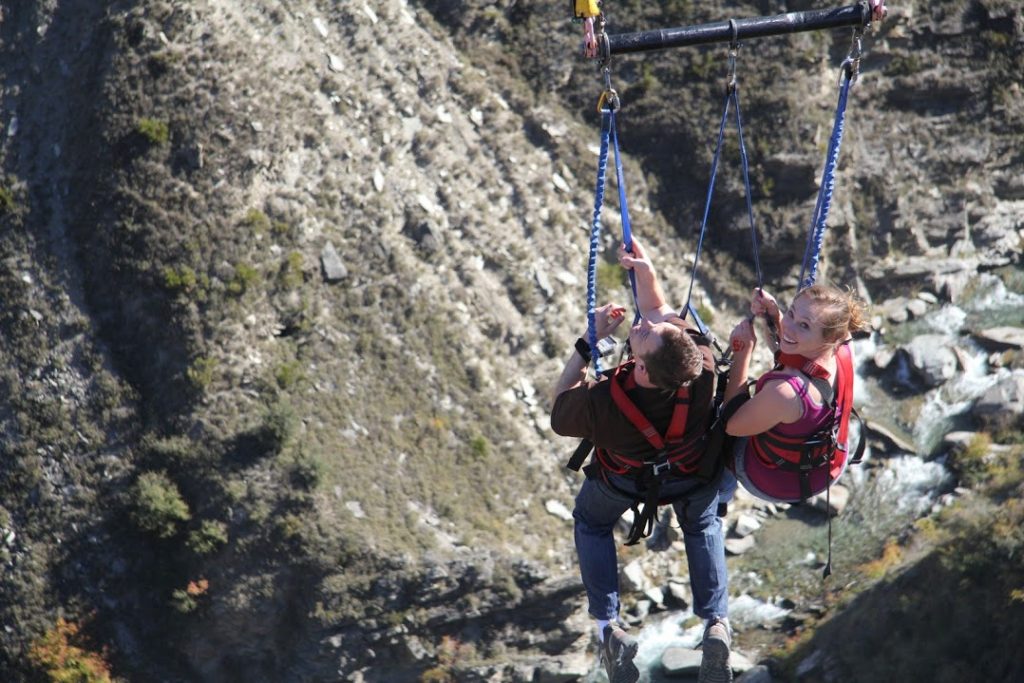 When asked to describe his experience at ENGEO Don says, “The experience has been amazing. I started with ENGEO in the US in 1996 and now here it is, 2020, and I find myself in New Zealand. What a journey that is highlighted by the people I have worked with and the friendships I have made over the years both in the US and in New Zealand.”

For Naomi one of the most memorable times in her experience at ENGEO came in one of her first days at the Christchurch office. “We were taken of a tour through the red zone with offices and café’s left untouched in time since February’s Earthquake. The impact of the earthquakes really hit home.”

In the past decade ENGEO has grown from a team of only 12 people in New Zealand to more than 100 today. Now employees from many different countries call New Zealand home.